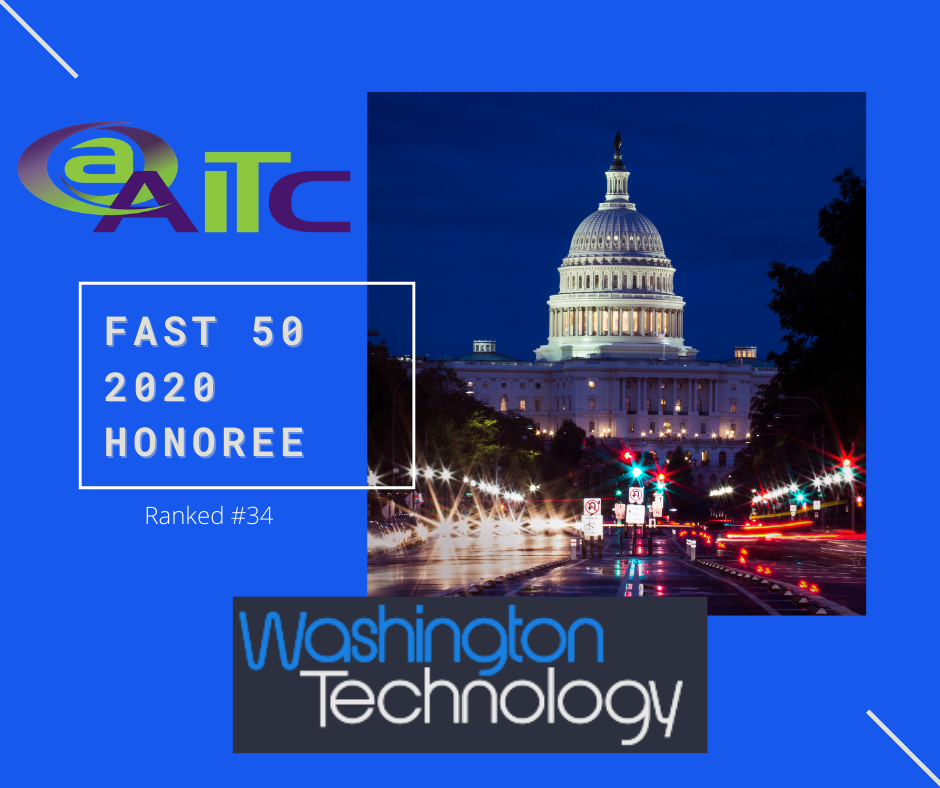 List Represents the Most Successful Small Businesses in the Government Market

AITC was named by Washington Technology as a Fast 50 Award winner for 2020.  The outlet lists 50 of the nation’s fastest growing small businesses representing a full spectrum of capabilities, technologies and customers that make up the government contracting (GovCon) market.

AITC has shown sustained growth and is ranked at number 34 based on its four-year compound growth rate of 36.5 percent which, is reflective of its substantial revenue increase over the last three years.

“Through the collaboration, innovation, focus and dedication of our employees, our team has worked hard to serve our government customers and deliver impactful results which, is demonstrated by our proven performance and growth. We are honored to be recognized by Washington Technology as one of this year’s fast 50 companies,” says David E. Gardner, CEO of AITC.

Washington Technology, a web-based specialty publication, is considered the foremost authoritative source of competitive intelligence for executives of small businesses in the federal contracting market.